If you’ve ever heard the term “Baritone Guitar” and you didn’t know what it meant, you’re in luck. In this article, we’re going to tell you what a baritone guitar is, along with some reasons why you definitely should think about picking up one for yourself. 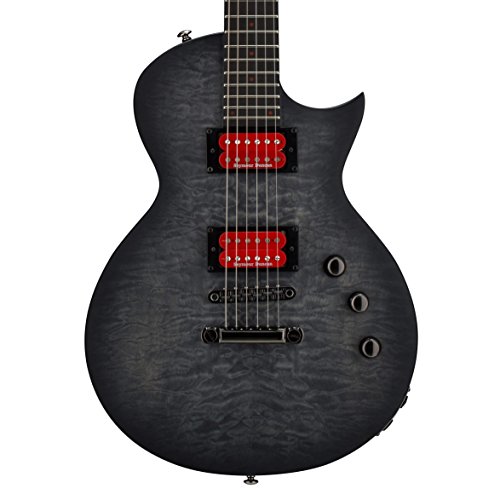 What Is A Baritone Guitar?

Now, we’re sure the question on your mind is:

Well, technically, you can. However, what you would find is that the strings won’t have enough tension. So, they won’t be able to produce good enough sound.

How does the baritone guitar fix this string tension? It has a longer neck and makes use of slightly heavier strings. Or to say it more professionally, it has a longer scale length. Which brings us to the next point.

Prices pulled from the Amazon Product Advertising API on:

Product prices and availability are accurate as of the date/time indicated and are subject to change. Any price and availability information displayed on [relevant Amazon Site(s), as applicable] at the time of purchase will apply to the purchase of this product.

What Is A Scale Length?

A scale length is basically the distance between the bridge and the nut of your guitar. That is the length of the suspended string on the guitar. Most traditional electric guitars have a scale length between 24 ¾ inches and 25 ½ inches.

Also, these traditional electric guitars come with a set of 10-46 gauge strings which are tuned to the standard E-E.

At the opposite end of the spectrum, most bass guitars have a scale length of around 34 inches. They make use of strings between the 45-100 range.

Baritone guitars sit somewhere in the middle. They usually have a scale length between 27 and 28 inches. Also, they make use of 13-62 strings, which are a tad bit heavier than electric guitar strings, but not as heavy as bass strings.

If you still don’t understand what we’re talking about, then watch this very quick explanation below:

Why You Should Consider A Baritone Guitar

The best thing about these guitars is that a good electric guitarist wouldn’t need to learn anything when he first picks this up. The guitar is tuned to the same pattern but is only a fourth lower. So, whatever chord pattern you play would be the same, whether on an electric or a baritone guitar. With the only difference being the key. 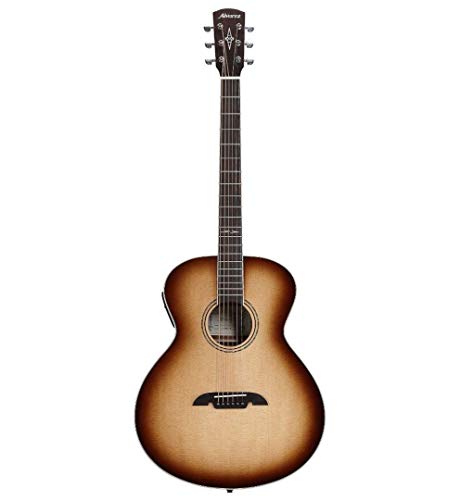 Optimism aside, we realize that the baritone guitar is much more a niche guitar, rather than a generally appealing one. So, if you’re a jazz or country player, you definitely want to check out baritone guitars.

However, even if you’re more of a rock or metal player, you might still enjoy using this guitar, who knows? Watch the video below to find out if these guitars can play metal and if it can, how well it can.

Check out these other articles

And that’s about done concerning Baritone guitars. They sound beastly, they sound meaty, and you definitely should try them out.

If you’re shopping for a Baritone guitar, then we suggest you check out this list of Best Baritone Guitars right now.

What is a Baritone Guitar? – Frequently Asked Questions

What is the difference between baritone guitars and regular guitars?

Can you play a baritone guitar in standard tuning?

Some baritone have relatively long scales. Some are as long as 30.5 inches. This places them somewhere between electric guitars and an electric bass. It explains why some musicians and rock bands have been known to use a baritone as a replacement for a bass instrument. Baritone guitars feature strongly with metal bands who either use it as an accompanying instrument or as a replacement for bass.

Can you tune a 6-string bass like a guitar?

Some guitarists have been known to tune their 6-string bass like they would a regular guitar for some of the strings. Usually, they retain the standard tuning for a bass guitar but with a higher B and E on the last two strings. Interestingly, basses like the Fender Bass VI are designed with this type of tuning. Other bass models that have adopted this type of tuning have been made by Danelectro, Schecter, Guild etc. It should be noted that timing a 6-bass like a standard guitar will require purchasing a new nut.

Can you tune a baritone guitar to drop C?

Baritone guitars are used often in country Western music to accompany baritone voices of singers like Johnny Cash and Merle Haggard. Rock music has also embraced baritones. Pat Smear of Fro Fighters has been known to use baritones since 2011. Baritones are most commonly used in heavier music. Bands that have been known to use baritones frequently or occasionally include Deftones, Metallica, Machine Head, Stained, Coleed & Cambria and Cannibal Corpse. It has also been used by The Beach Boys, Dave Matthews and Buckethead, highlighting the range of the instrument.

1 thought on “What Is A Baritone Guitar?”

We have affiliate relationships with the providers (Amazon, Clickbank, etc) of the products, goods and services that are linked to on this page and may be compensated when you buy. But do note that it doesn't increase the cost of the products to you in any way or determine our verdict on a product/service.