For music to be played, a lot of sounds need to be produced and these sounds have to be in a symphony. To create this symphony, there needs to be a written guide everyone can follow. For guitarists, it’s the guitar tab. So today, we’ll be looking at how to read guitar tabs for dummies.

What Is A Guitar Tab?

Guitar tablature or tab is a method of writing music using numbers instead of the usual music notes. It is an easy notation system that tells one what string or fret to play.

Knowing how to read guitar tabs make it very easy to play chords and make music with the guitar.

The PRACTICAL GUITAR CHORD and FRET BOARD CHART
View on Amazon

Prices pulled from the Amazon Product Advertising API on:

Product prices and availability are accurate as of the date/time indicated and are subject to change. Any price and availability information displayed on [relevant Amazon Site(s), as applicable] at the time of purchase will apply to the purchase of this product.

How To Read Guitar Tabs For Dummies

To read guitar tabs it is important to know the strings and frets as they are a vital part of guitar tablature.

There are usually six strings on a guitar and these strings, starting from the sixth are tuned E-A-D- G- B –e with the first string ‘e’ being the thinnest and sixth string ‘E’ being the thickest.

Popular mnemonics for this include:

Eat A Dog, Get Big Ears

Every Amateur Does Get Better Eventually

Every Apple Does Get Bitten Eventually

Every Acid Dealer Gets Busted Eventually

Above is what a guitar tab looks like with each line indicating each of the six strings. It is important to note once again that the thinnest string ‘e’ is the first string while the thickest ‘E’ is the 6th string.

Numbers show which frets of a particular string needs to be played. 0 means an open string meaning you don’t get to touch the string.

The tab above goes thus, you start by playing the open third string (G string) twice then the note on the third fret then back to an open string. Then the B string second fret then an open B string.

Asides numbers there are other signs and symbols that are present in guitar tabs, these include:

h – hammer-on: a hammer-on occurs when you pick a note without releasing it. And then, without picking another note again, hammer another finger on another fret. This then creates a new sound.

p – pull off:  a pull off is basically the opposite of the hammer on. To perform the pull off, a note is picked and then pulled off leaving a new note in its place.

b – bend: Bending notes on a guitar is interesting as it adds flair when playing the guitar. It helps one to move easily from one note to another.

pb – prebend: this involves bending a note first and then striking it

/ – slide up: using the example below for the slide up technique, you start by picking the note on the 8th fret on the G string then slide up to the 11th fret while maintaining the pressure on the string.

/ – slide down: the opposite of the slide up technique, you start by picking the note on the 7th fret on the G string then slide down to the 5th fret while maintaining pressure on the string

v- Vibrato: this involves quick rhythmic bending of the string up and down to produce sound. Vibrato is represented by the letter ‘v’(sometimes written as ~)

= — hold bend; also acts as a connecting device for hammers/pulls

Check out these other articles

Well, that is it for how to read guitar tabs. We hope you found this insightful. Practice makes perfect so it is best you keep practicing to be the best you can be. 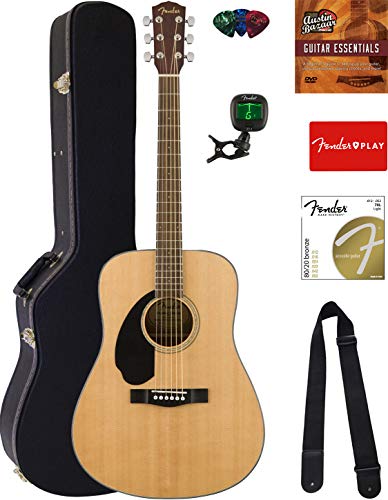 How To Read Guitar Tabs For Beginners – Frequently Asked Questions

How do you read an ultimate guitar tab?

Guitar tab is a method of writing down the music played on a guitar as an alternative to standard musical notation. The symbols that are usually used in standard music notation are replaced with ordinary characters and numbers. Guitar tabs contain six lines representing the six strings on or 6-string guitar. Numbers placed on the strings represent frets. Tabs are meant to be read from left to right. By reading the tablature you can tell which string to play and on what fret.

Should I learn tabs or chords?

Both tabs and chords have their pros and cons. Standard music notation takes a long time to learn and is not easy to reproduce on a computer. Also some techniques like strumming are difficult to accurately show in standard notation. However, standard musical notation provides complete musical information. It is also a universal musical language understood by many musicians. Guitar tabs are very easy to learn, write and upload online. The absence of timing is a prominent con with guitar tabs. So whichever option suits your needs can be chosen by you.

How do you read a chord chart?

What’s the easiest song to play on a guitar?

There are a plethora of easy songs that could be played on a guitar. Of course picking out one song as the easiest possible song to play on the guitar will be highly subjective. That said let’s mention a few. ‘shake it off’ by Taylor Swift is a very easy song to learn because it uses only 3 simple chords. Another nice, easy song to learn is ‘Radioactive’ by Imagine dragons. The chords are easy and it’s the same all the way through. Another nice song is ‘Stand By Me’ by Ben E King. It’s a very easy song with just four chords.

What are the three basic chords?

There are a number of guitar chords that every beginner must learn. There isn’t a consensus on what the three most basic guitar chords are. However, many guitarists will recommend starting out by learning the G major, C major and D major guitar chords. These chords, though not very easy to learn, can be very useful. With these three chords it is possible to play almost any easy song. This is possible because they contain all the notes of the scale.

1 thought on “How To Read Guitar Tabs For Dummies”

We have affiliate relationships with the providers (Amazon, Clickbank, etc) of the products, goods and services that are linked to on this page and may be compensated when you buy. But do note that it doesn't increase the cost of the products to you in any way or determine our verdict on a product/service.